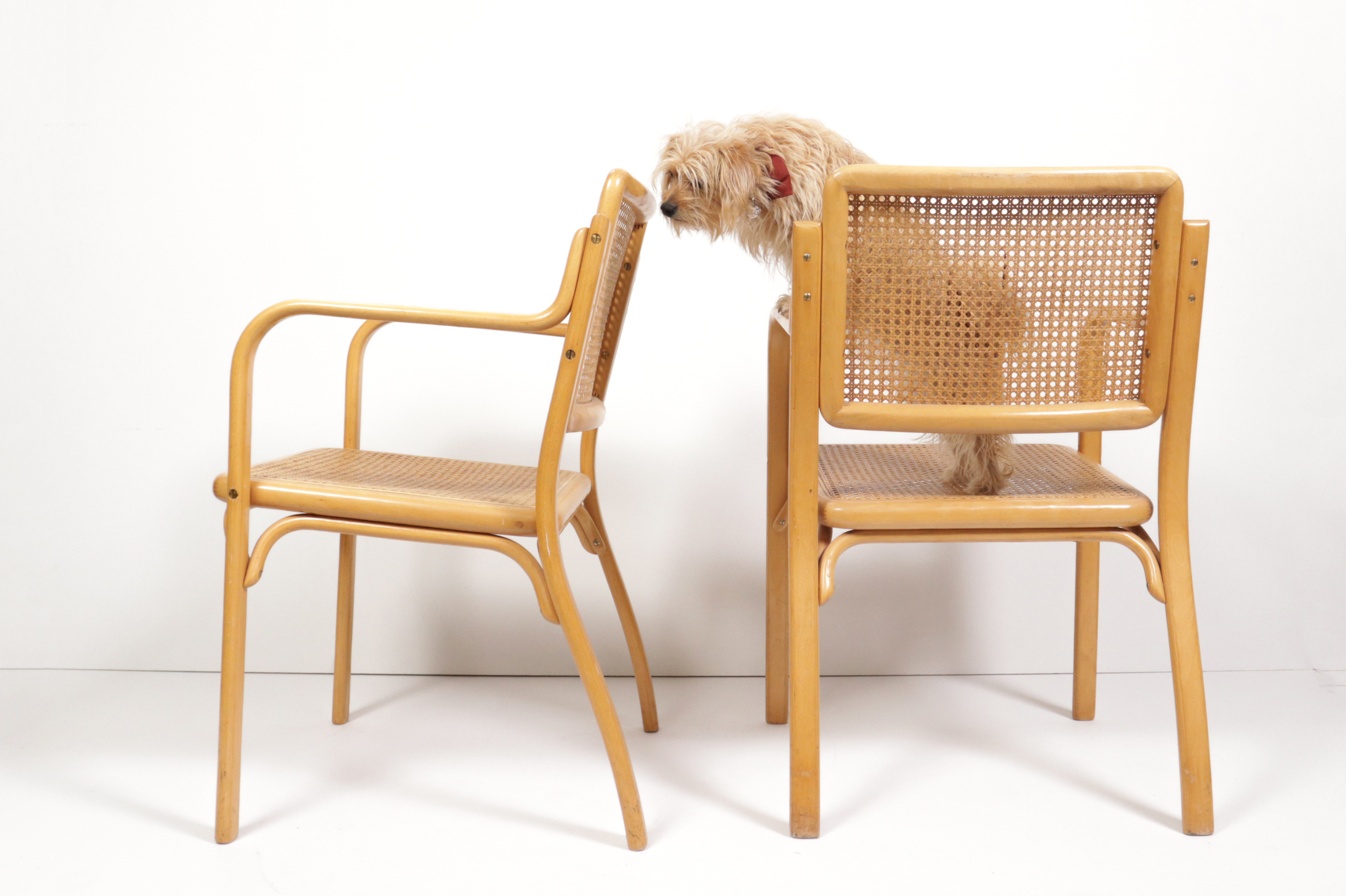 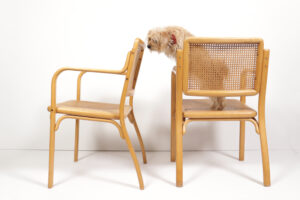 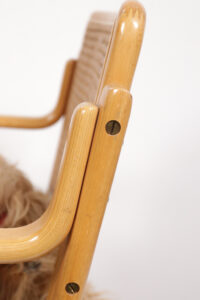 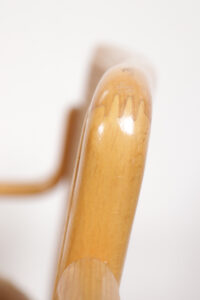 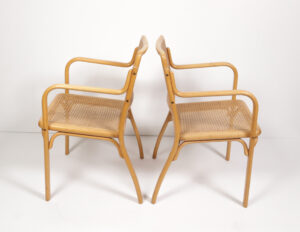 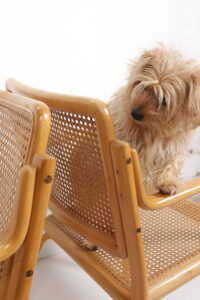 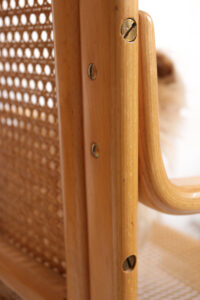 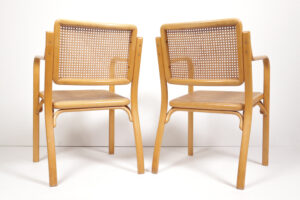 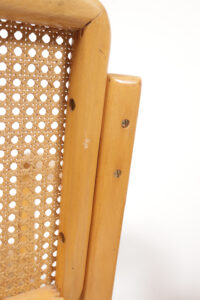 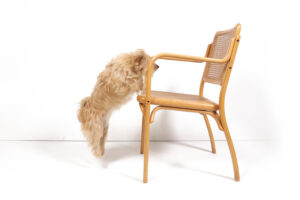 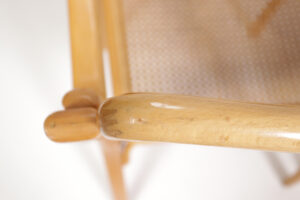 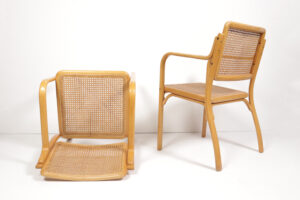 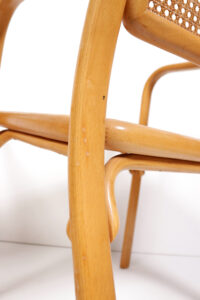 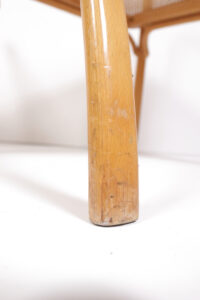 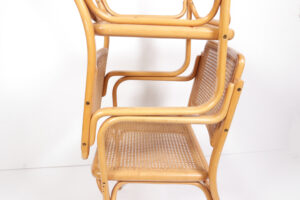 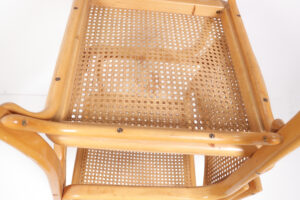 Two rare mid century design armchairs made of bentwood beech wood and webbing seat and back.

The manufacturer dates from the end of the 19th century, was initially called Mundus (Croatian factory for bentwood furniture) and was renamed Thonet Mundus in 1924 (after the merger of Mundus and Thonet). In the 1960s, the factory continued under the name “Mundus – Florijan Bobić” Varaždin.

The chair was dispayed on the exhibition Between Wishes and Reality – the Furniture Industry and Design in Croatia 1945 – 1990, that takes place in the Museum of Arts and Crafts in Zagreb, focuses on showing the range of factory-made furniture in Croatia from 1945 to the 1990s, and it also defines the issues and contextual units of furniture industry and design. It outlines the production of some of the most important factories of this period: Mundus – Florijan Bobic from Varazdin, Mobilia – Ivo Marinkovic from Osijek, the Zagreb factories Marko Savric and Jadran, DIP Novoselec, TVIN Virovitica, Oriolik from Oriovac, Goranprodukt from Cabar, Hrast from Cakovec, and others.